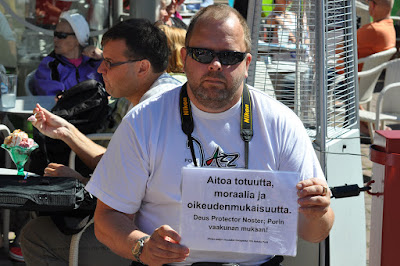 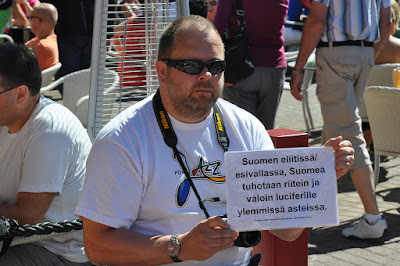 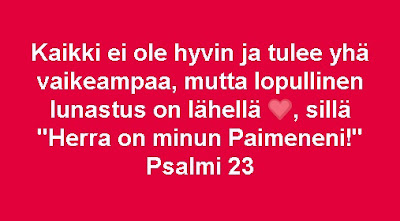 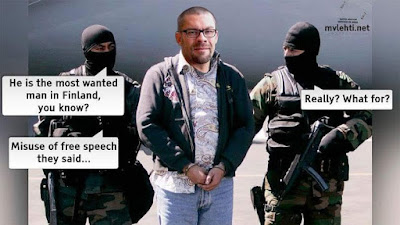 
-He was recently arrested at his home in Andorra, based on 46 cases of hoax allegations issued by the Finnish Public prosecutor.

-Presently he is under police custody at a hospital in Andorra, waiting for a cancer operation while Finnish officials are hurrying to process his extradition to Finland.

-Mr. Janitskin is a respected international journalist with no criminal background or criminal record.

-Mr. Janitskin is running for a candidacy in Finnish Presidential election 2018.

-MV-Lehti is an on-line publication, legally operating from Spain under Spanish legislation.

-Journalistic and editorial line of MV-Lehti is known for it's vivid language and disregard of political correctness and has therefore woken much controversy. However it has not been charged for violating any Spanish laws.

-All accusations against MV-Lehti and Mr. Janitskin being a racist hate monger, ultra-nationalist etc. are based on a vicious smear campaign to ruin his good reputation and presidential election campaign.

-Based on bogus allegations, an Interpol arrest warrant was issued, though no actual criminal charges were pressed and Mr. Janitskin never declined cooperation with Finnish law enforcement. This is unheard of in Finnish legal history!

Mr. Ilja Janitskin was taken into custody by Interpol agents at his home in Andorra Friday morning August the 4th 2017 and transported to a court hearing. Based on an international Interpol arrest warrant, the local court ordered Mr. Janitskin to be held in custody pending his possible extradition to Finland.

Mr. Janitskin is wanted for questioning by Finnish police on suspicion of a list of fabricated offences ranging from “hate speech” to hoax copyright violations.

No official charges have been pressed!!!

Earlier this summer, Mr Janitskin was diagnosed with cancer. He is scheduled for a major surgery on August 16th 2017 in La Vella, Andorra.

It is evident that all allegations are based on political witch-hunt with a goal to silence his publication MV-lehti, and to sabotage his presidential election campaign. MV-lehti is among top 5 most read online news media in Finland.

Finnish police have raided and violently torn down several election stands run by Mr Janitskin’s presidential campaign workers. Some of his supporters have been beaten down and ill-treated by the Finnish police force. Numerous supporters of Mr. Janitskin have been arrested, interrogated and become a subject to police brutality.

Mainstream media in Finland are appalled by MV-lehti’s direct line of journalism and disregard of political correctness. Furthermore, MV-lehti has exposed numerous issues of malpractice and corruption among politicians, and has openly exposed mainstream media and their journalists about publishing fake news and lies.

This is why the mainstream media and leading politicians want to shut MV-lehti down and to silence Mr. Janitskin.

Based on reasons beyond comprehension, all court hearings concerning Mr. Janitskin have been held with closed doors and in secrecy, a conduct usually practised in the Finnish legal system only when minors are concerned. Mr. Janitskin has called and wants all court hearings to be public. When he published the court papers concerning his own case in MV-lehti, the court added “publishing secret documents” to the list of allegations.

Mr. Janitskin has been denied access to justice by the Finnish Supreme Court. This is a clear violation of his basic human rights.

August 5th 2017 Mr. Janitskin was moved from police custody to hospital due to his serious illness, level 4 cancer.

Finland is rated number 1 in the freedom of press index, however the publisher of one of the country's most popular publications is forced to live in exile only for publishing the truth. 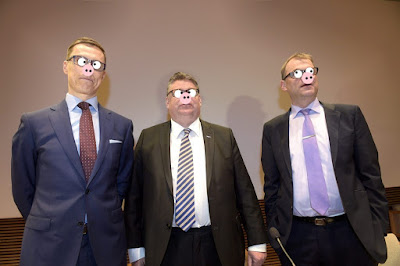 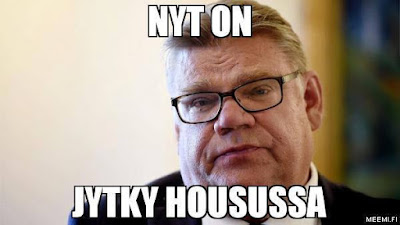